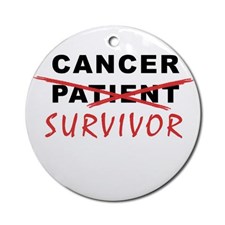 So, um, yeah. This happened.

I’m long past the point in my life where I need to earn badges to prove my worth as a human being and I certainly wasn’t keen on earning this one, but there it is.

Gather round the campfire and here is the story:

In April 2018 I noticed blood in my stool and had the only sensible reaction of “Whoa, hey, that’s not right”. I scheduled a colonoscopy thinking it was probably hemorrhoids but you never know, right? I came home after the colonoscopy on the morning of May 8 knowing I had cancer. The less than encouraging doctor said “It doesn’t look good”. I went home and immediately started taking taking mega doses of Transfer Point Beta Glucan to start ramping up my immune system – we were now at war.

When someone tells you that you have cancer there’s pretty much only reaction, which is “OMG, I’m going to die”. Followed shortly by “I’m not ready to go, I’m not done yet”. And then “How long do I have? Six months? A year? Two?” During the 4 agonizing days waiting for biopsy results the news broke that an old friend had just unexpectedly died from liver cancer. It was a double punch to the gut. I spent my 4 days of “imminent death” making a bucket list, planning for my assets, what to do with the cats, what to do with my nonprofit, and having every priority suddenly changed.

That kicked off a 7 week marathon of another exam to confirm diagnosis, meetings with surgical oncology, medical oncology, and radiation oncology. Words like “treatable” and “curable” began to turn up in every conversation. Then we moved on to staging. Now, I’ve spent a career where staging meant something completely different – this time it meant “has it spread and how far?” Liver tests, kidney tests, CT scans, and finally the PET scan which shows definitively where the cancer is. It hadn’t spread beyond a few local lymph nodes. “That is really, really good” said the medical oncology people. “We got this” said the radiation oncology people.

With staging now complete and the exact locations of any and all cancer plotted digitally in 3D and imported into the radiation field targeting software, the oncology teams locked and loaded – and it was ON.

I began treatment on July 2, concurrent chemotherapy and radiation for 6 weeks. It sucked. Hard. When they say “cancer survivor” they also mean “cancer TREATMENT survivor.” I completed treatment on August 16, badly damaged.

On my follow up exam they found no cancer. I still have two years worth of follow ups and rechecks but for now, I’m a survivor.

I had cancer. I no longer have cancer.

I’ve went from regular person to cancer patient to cancer survivor in the course of 4 months.

And I have notes – stuff which worked for me and I set up this site to share those things.